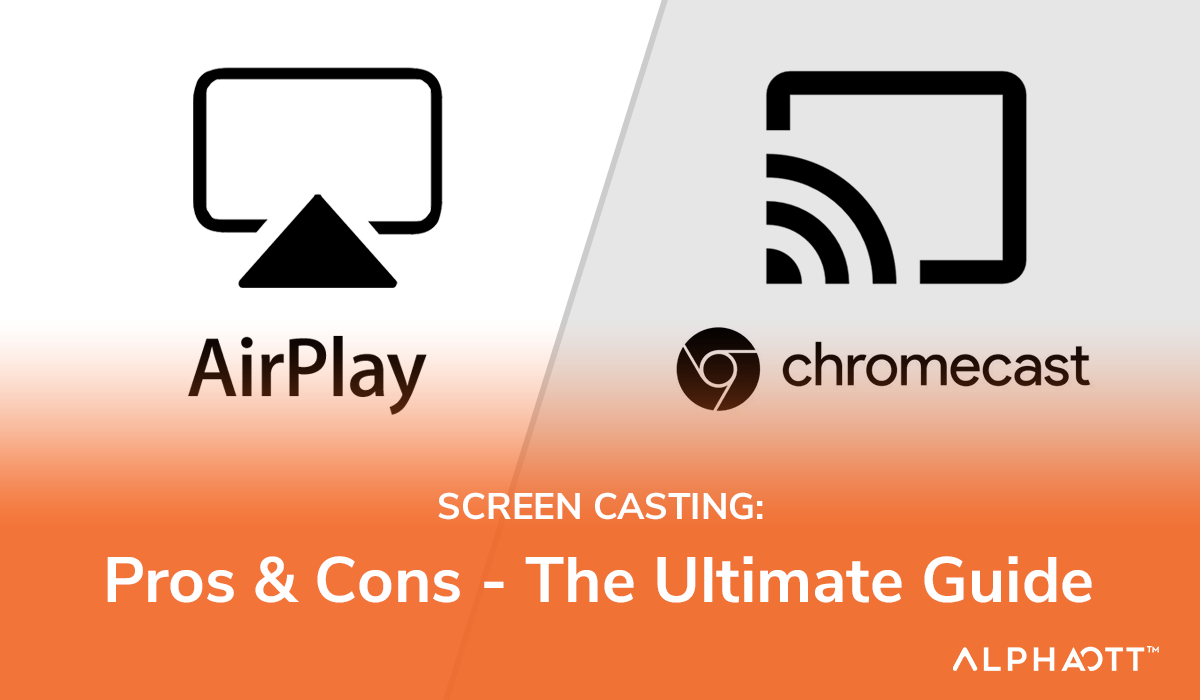 What is screencasting and how it works

It is no longer sufficient to watch streaming TV or Video-on-Demand on a single device. People want to have easy access to alternatives when they need them. Such alternatives are possible with screen casting. Users can use this technology to cast video content from any device to a big screen. AirPlay and Chromecast are the two most popular screen casting technologies. Let’s see what specifics each one has.

Screencasting is similar to mirroring but is used to share any streaming online content from a phone, tablet or computer on a TV or other screen. The distinction is that only the media is streamed, allowing you to use your device without interfering with the stream.

The Google Chromecast is a family of devices that plug into the HDMI on a TV or other monitor. It was first released in 2013. It lets you cast video and audio streams from an iOS or Android device, as well as via the Chrome web browser, once installed.

When you use a Chromecast device to cast media to your TV, your phone, tablet, laptop, or desktop serves as the entertainment’s initial launch site as well as the remote for controlling what you see and hear on your TV screen. The Chromecast with Google TV is the first Chromecast to include a remote control to assist you in selecting what to watch.

When it comes to how AirPlay works, there are two active components: a sender and a receiver. In order for the communication flow to be Apple-compliant, a single source must deliver streaming video content to an Apple TV. To send and receive streaming video using AirPlay, the devices you’re using must first be connected to the same local network.

Shareability and connectivity are still on the rise. To satisfy the demand, solutions such as AirPlay et Chromecast are improving at a rapid pace, and AlphaOTT™’s branded applications are supported by both technologies to offer all of your video content anywhere and at any time. AlphaOTT™ has got you covered!

How to Start an OTT Platform?